Building a silent server with the Akasa Turing 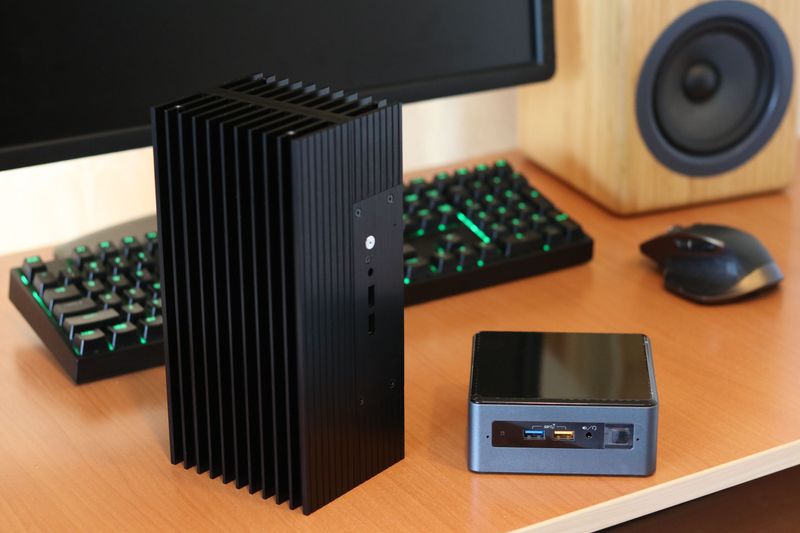 I recently decided to build a personal server to run some self-hosted goodies. Since I don't have a dedicated space for a rack, I decided to look for a silent, passively-cooled solution. I wanted something more that a Raspberry Pi so I settled on a 2018 Intel NUC (model BOXNUC8i7BEH2) featuring an
i7 8559U processor.

For the case, I went with the Akasa Turing, a case specifically built for the NUC8 and released in 2019. The case has amazing estetics and a relatively small form factor, it's fanless and fully silent. They also argue it provides better cooling than the default case that comes with the NUC.

The install process however is not straightforward.

The first obstacle is to remove the motherboard from the original NUC. This is not documented in the manual that comes with the Akasa Turing. Some important things to note: 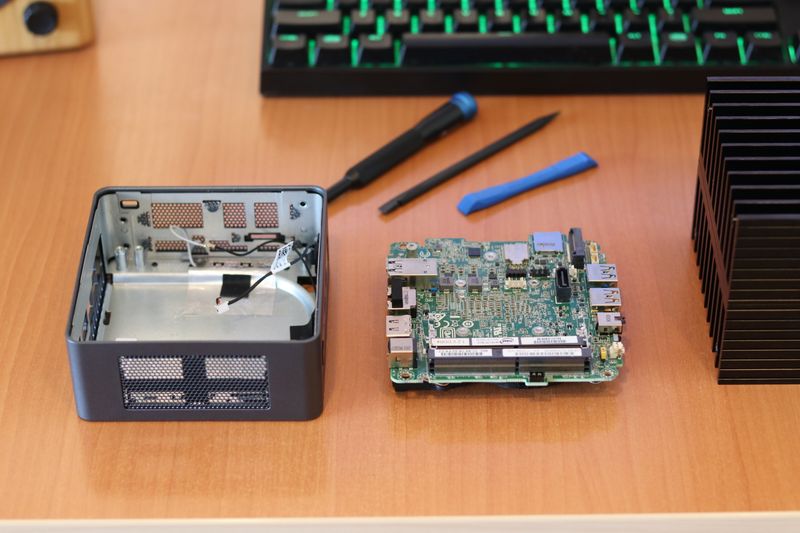 Installing the motherboard in the case is easier and well documented in the manual provided by Akasa.
I used some solvents from Arctic to cleanup the thermal paste applied by Intel. I also bought some Arctic Silver 5 thermal paste. The Akasa Turing also comes with some paste, but since thermal conductivity is critical for this build, I thought I'd get a more specialized paste. 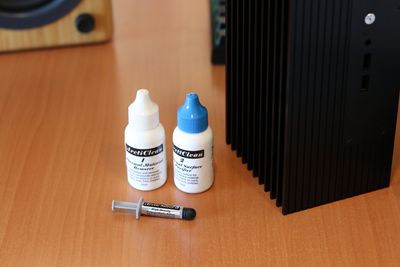 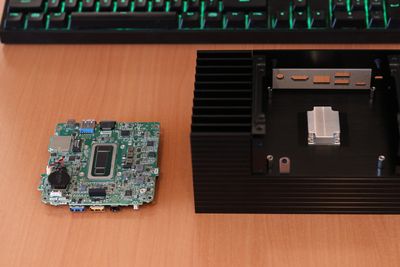 After adding in the RAM and the SSD and screwing everything together, it was time to put the lid on and power the machine for some tests. 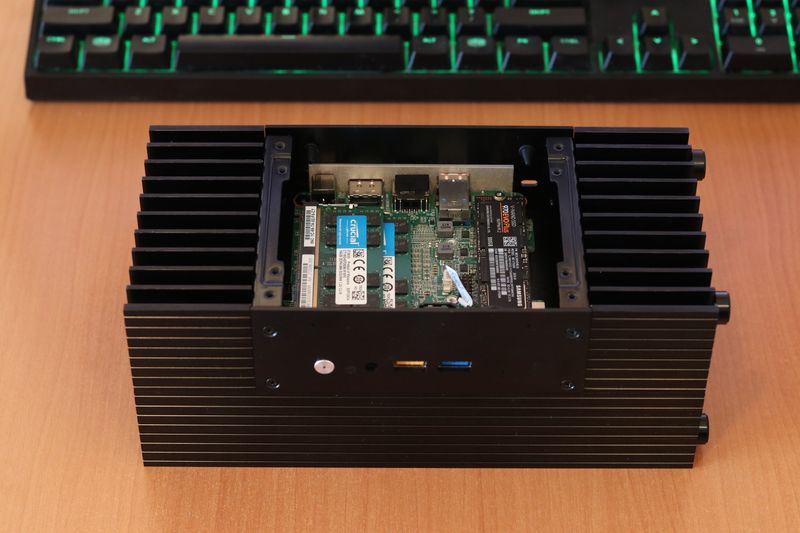 However I soon encountered a weird issue. The system was simply shutting down at random. I checked the temperatures in the BIOS, they were sitting nicely at about 35°C, so there must've been something else. I thought maybe there was a problem with the way I applied the paste, or maybe I short-circuited the motherboard somehow. I was ready to take the case apart and apply new thermal paste, when
I noticed that when pressing the power button, I only needed to touch it slightly and the computer would start.

This seemed odd, but after removing the front metal plate it became apparent that the problem was with the power button.
The metal button provided by Akasa was simply too "tall" and was pressing against the power button on the motherboard when the metal plate was screwed in.

I resolved the problem like a pro engineer, with a metal file! I trimmed around 1mm from the metal button, and suddenly the issue was gone. 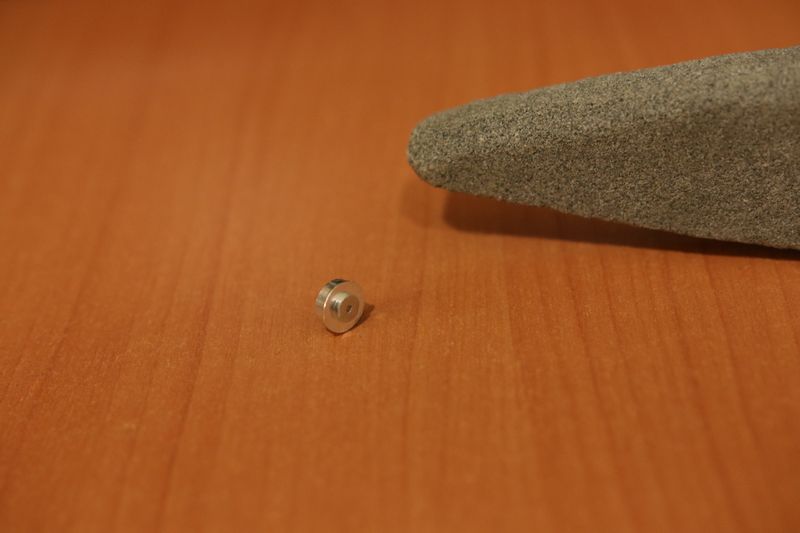 Since I had already installed the OS before switching the case (I went with Ubuntu Server 19.10), the next step was to run some tests to monitor the CPU temperature.

For this purpose I downloaded a program called Prime95, a piece of software developed with the goal of searching for large primes, but also very suitable for CPU stress testing.

Make sure to select "Just stress testing" after running mprime.

For temperature monitoring during the test, I used lm-sensors as described in this askubuntu question:

For CPU clock monitoring, I tried several methods but found the most accurate method to be a grep in /proc/cpuinfo

A few other methods are described in this answer.

Another useful thing was checking for thermal throttle events:

I ran prime95 for about 2 hours and noticed that the highest temperature was 82°C. There was no thermal throttle as the frequencies stayed at around 2.7 - 2.8 Ghz. In a previous test with the stock case provided by Intel, the max temperature was 85°C.

I'd say the results are promising, the manufacturer's claim that the Akasa Turing runs cooler than the stock case might indeed be true. In any case, I'm pretty happy with the result.

It's now time to put this beauty to some real work. 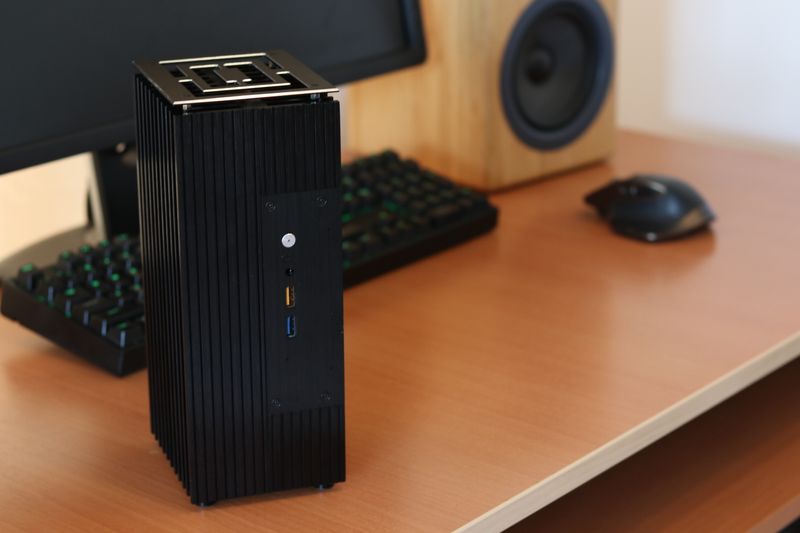 RAMÓN Thanks a lot. Regards from Spain (Barcelona)