Skyrim modding and the next generation of content creators 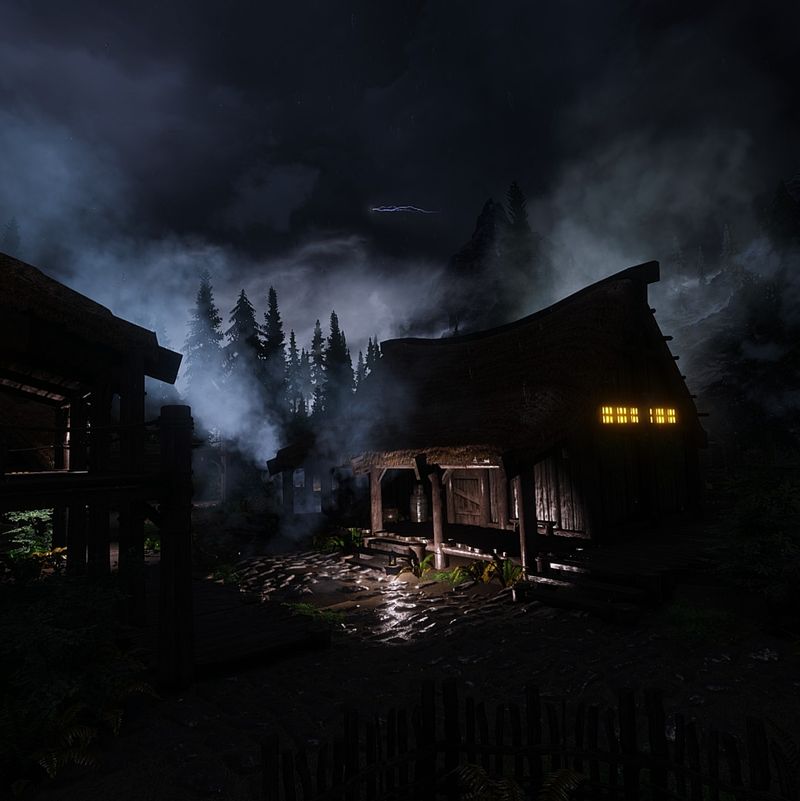 I've recently decided to try Skyrim VR, the decade old Bethesda title re-published and adapted for Virtual Reality. I was immediately met with a glitchy introductory sequence, where the infamous cart did not obey any rule of gravity, but after getting my hands dirty with some config files I finally managed to get into the game. It quickly became apparent that the visual quality of the game is extremely poor, despite the fact that the VR version was released in 2018. I already knew that Skyrim had a large modding community so I decided to try out one or two mods to make the game look better.

So I went down the rabbit hole. Boy did I not expect it to be so deep. Two months later, with over 400 mods installed, I still feel like I'm at the beginning of the journey.

Skyrim's modding community is basically a parallel universe, a magical realm of creativity where gamedevs, artists and casual gamers meet. It's a world of it's own, you can spend months or even years just trying out mods. It's also an exercise in testing skills and patience. The more I dig into these mods the more I realize how vast the community really is and how many options you have.

For some numbers, just check the download counts and number of mods and at Nexusmods, they're sitting at 65k mods and 1.8bn downloads for Skyrim, with the Special Edition catching up fast.

There are so many mods that they're beginning to overlap in functionality and compete with each other. As an example, you can find several mods that just re-texture a mug or add lanterns to the game.

Installing mods can be messy sometimes, there are too many files to be installed, optional files, patches, FOMOD options to choose from, MCM (mod configuration menu) options, .ini files options. A ton of stuff to keep track of and all of these can cause compatibility problems or performance issues which are hard to troubleshoot.

Luckily a lot of tools have been developed to make the whole process easier. I really like how they all play together to make the experience better, starting with my favorite tool Mod Organizer 2. As a side note, this tool is a next gen file manager that uses a Virtual File System to keep all the mods in separate folders but still provide them as a unified Data folder to the game. It's very powerful.

Getting back to the topic of the community, it's time for some criticism.

The first thing that might strike you when trying out mods is the complete lack of quality control. For mod authors creativity comes first, quality comes second. On top of that, most don't respond to criticism well and often feel irritated by too many users commenting on the mod page. Some do respond to suggestions but it's rare. There is no one there to impose a specific direction for their implementation, as it happens in a coordinated game development studio. Moreover, users posting issues on the mod page is not actually quality control. Most users have little experience in modding and post unreasonable demands, which often annoy mod authors.

This often leads to burnout. Nexus is filled with thousands of mods abandoned by their authors. It's obviously unreasonable to think that all mods would be supported for 10+ years, but in a lot of cases mod authors quit due to burnout. I was actually quite impressed about the story of Wyrmstooth, a DLC-sized mod that took thousands of hours to develop, the author loosing his job in the process. He ended up deleting the mod because he couldn't trust himself to stop working on the thing he liked, instead of searching for a new job. More details in the linked article (click Expand on Jonx0r's statement). Luckily after almost 5 years, as of Feb 2021 the mod is back on Nexus and the author has resumed his passion.

One other thing you might notice about mods is their tendency to exaggerate and overdo things, in an attempt to stand out from the rest. Just install any mod that changes the night sky and find it filled with supernovae of gigantic sizes, rather than regular stars. The "wow factor" is the primary thing driving mods, while good quality, good UX are secondary. This again comes from the complete lack of direction. Even if the vanilla game looks bad, it certainly has a cohesion and consistent art style, things that cannot be said even for mods belonging to the same author.

Speaking of user experience, be prepared for a bumpy ride when building your mod list. While there are certainly good guides out there, you still have to read tons of pages of mod descriptions and instructions. Some are insanely complicated:

Updated pond texture to remove the height map (ENB waves) and added new height map to river texture. Overwrite RWT with this file. We don't use ENB so this is untested. Please report any issues.

Other mods come with their own websites and even a 57 page manual. The odd part is that authors expect users to read all of this and perhaps even use complex conflict resolution tools like xEdit to get rid of their problems. Madness.

One other observation is regarding open source. It seems like the community is still new to the concept of open source. While a few authors fully open source their work and use Github or other platform for managing their code, it's pretty rare. There are no licenses, only some weird permission system that Nexus implemented. All of these make contributions to mods very difficult.

Despite all of the above, there are still some amazing mods out there. There are entire Youtube channels dedicated to this topic, so I won't go into details. I've found however a few mods that have interesting descriptions, detailing some amazing tech that went into their creation:

It's all about body physics . You need to enhance the body skeleton (XPMSSE), you need new body meshes (CBBE), skin mods, armor mods that work with the new bodies, conversion tools (BodySlide) that make new outfits for the new bodies, and so on. There are several types of physics mods just for boobs (HDT-SMP, CBPC). It's madness.

Skyrim modding may hint at the next generation of content creators and possibly the next big thing in gaming. The current generation of content creators are video producers by a vast majority and streamers to a smaller extent. As the gaming industry moves forward displacing static entertainment with dynamic content (gaming has surpassed Hollywood in terms of revenue just a few years ago), a lot more people will focus on game development. However, game development still has a high entry point barrier. As games become more complex, the line between game development and modding will begin to blur. Future game developers will probably resemble today's modders, who focus on very tiny aspect of a game and try to do it better.

Microsoft understood this well when they decided to acquire Zenimax/Bethesda. With both Minecraft and Skyrim under their umbrella, they basically have access to the two largest modding communities in gaming.

Monetization is of course the biggest problem that has to be solved. Modding is currently a pure hobby. A lot of modders have put out Patreon pages, but I doubt anyone is making enough from donations to make a living. Nexus has found a way to grab some cash by providing bandwidth for downloading mods, an ingenious business model but it only helps themselves and not the mod authors. Someone needs to build a platform that allows free mods to keep existing while incentivizing authors at the same time. It's hard to tell how this might work but whoever finds a solution will win this race.

Other companies are not sitting idle either. Unreal and Unity are already huge platforms, although the barrier of entry is still high. Roblox aims to fix that by making it easier for kids to start programming games. Things are already happening and we are nearing the tipping point where these things will become mainstream. These are certainly interesting times.

As for me, I'm only getting starting with installing mods. I only have 400 in my list, a rookie's number.

The photo at the top is a screenshot of my modded Skyrim, taken in VR.